Expertise |Antique Jewelery, Silver, Porcelain, Glass and Objets de Vertu.
In 1912, James Robinson founded the firm bearing his name at 402 Madison Avenue in New York City where he specialized in Antique Silver and Antique Chinese Porcelains. After the First World War, he relocated to 721 Fifth Avenue at 57th Street and the firm remained in a one block radius of that site at 716 Fifth Avenue, 12 East 57th Street, and 15 East 57th Street until 1994 when it moved to its current location at 480 Park Avenue at 58th Street.

When James Robinson died in 1936, his brother-in-law, Edward Munves, succeeded him and was head of the firm until his death in 1983. Under his direction, the importance of Antique Silver was strengthened and a more significant emphasis was placed on English and French Porcelains and Glass. Edward Munves, Jr. joined the firm in 1952 and over the next decade jewelry was added to the inventory of top quality antique decorative arts. In addition, the firm expanded their unique collection of modern hand-made sterling silver. Carrying on the family tradition, Joan Boening joined her grandfather and father in 1979 and has been instrumental in elevating the Antique Jewelry collection to international prominence. She is now the president of James Robinson, Inc.
Today, the firm is best known for its outstanding Antique Jewelry of the 19th Century and Art Deco Jewelry of the 20th Century; Antique Silver of the 16th through 18th Centuries; Antique Porcelain services from England and the Continent; and Antique Table Glass. Also of note are the unique Handmade Sterling Silver reproductions in flatware, tea and coffee sets, candlesticks and trays which the firm produces today in the same manner in which they were crafted in the 18th Century. In every speciality, the main criteria in selecting objects are authenticity, workmanship, artistry, and condition, qualities evident in each article. 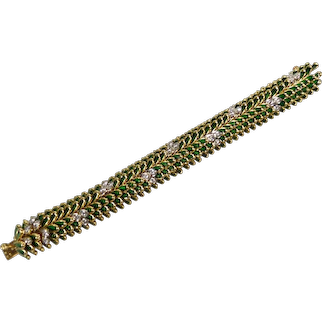 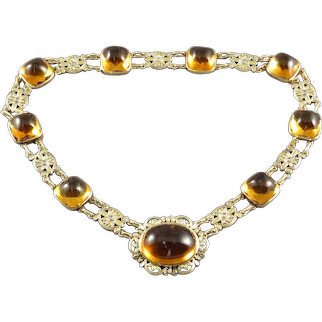